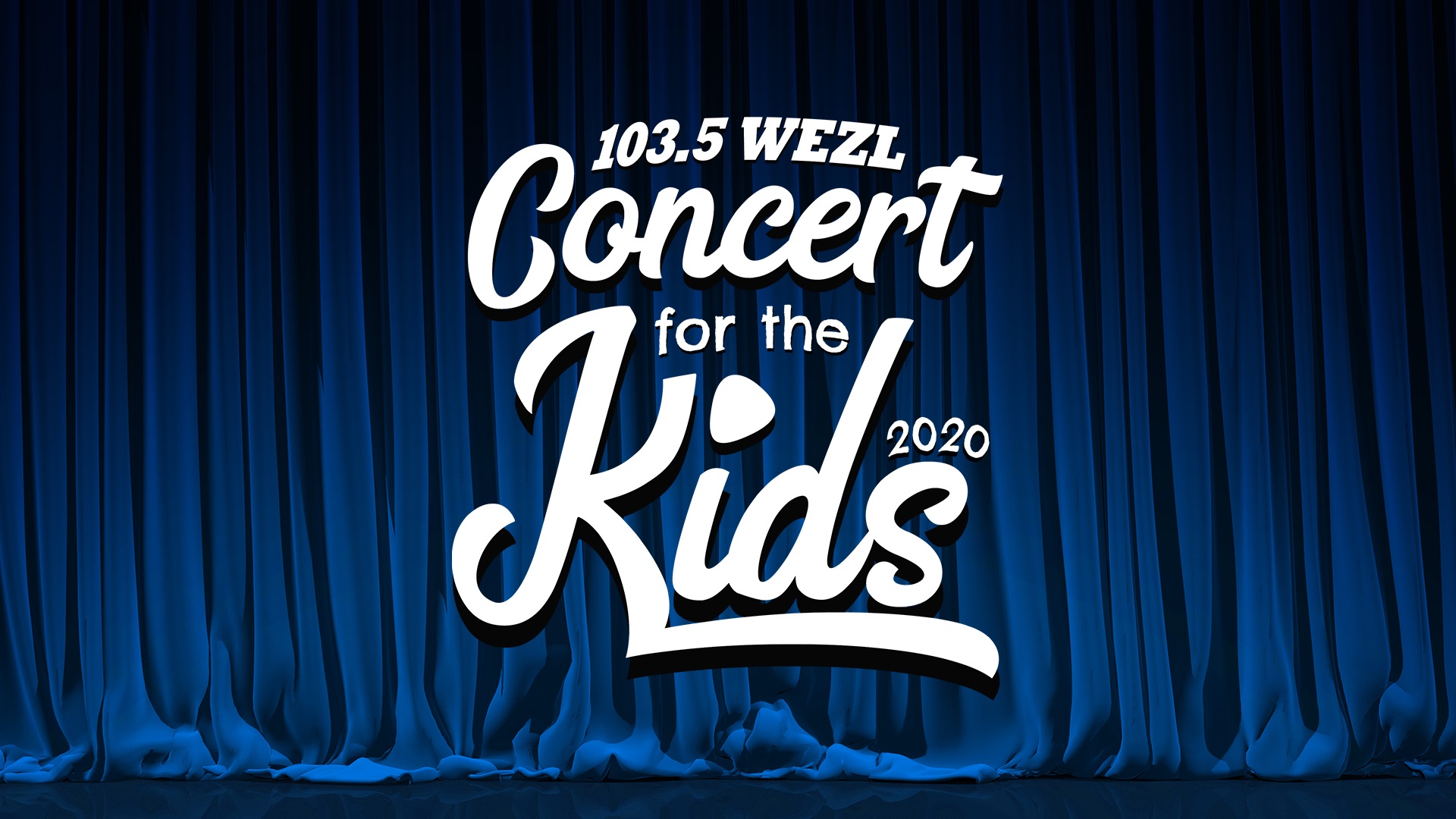 Shannon Haley and Ryan Michaels grew up just three miles apart in
California’s Bay Area, yet they did not meet until both had relocated to
Nashville as up-and-coming singer/songwriters. The duo, who married in
2015 and were named an “Artist to Watch” by The Huffington Post and an
“Artist You Need to Know”; by Rolling Stone, co-wrote all 12 tracks on Hail Mary, available now on Sony/ATV’s label imprint Hickory Records/RED Music.

The duo performed in the Lowcountry for the first time this past June as part
of the WEZL “Party in the Park” concert series. “Every moment we haven’t been on the road, we’ve spent recording, mixing and mastering these songs until they felt the way we envisioned the day we wrote them,” shares Haley & Michaels’ Shannon Haley. “We’re releasing a body of work we’ve spent our whole career creating,” adds Michaels. “This album has everything from the first song we ever wrote together to brand new music nobody has ever heard.”

Earlier this year the duo learned the album’s title track and lead single, “Hail
Mary,” had been chosen by the San Francisco 49ers for their 2019-2020
season. Furthermore, the duo filmed its music video for the song, directed
by the team’s VP/executive producer Rob Alberino and produced by the
49ers, in the stadium of their hometown team.

The fast-rising husband-wife duo have since played half-time performances
at the San Francisco 49ers vs. Cleveland Browns Monday Night Football
game at Levis’ Stadium and the Arizona Cardinals vs. Atlanta Falcons game. “Hail Mary” is also garnering stadium airplay throughout the NFL.

“Some of these songs were like carving a statue,” says Rodney Atkins. “You put a whole lot of stuff on there and then keep chipping away, so you only have left what you need—you figure out what’s just noise, what’s taking away, how do you make the lyrics really be heard. Sometimes you have to go way out there so you can come back.”

Atkins’ fifth studio album, Caught Up in the Country, reveals an artist who is confident enough to know that making your best music can require patience and experimentation. While his storied career has reached such heights as being named the Top New Male Vocalist at the 2006 ACM awards and seeing his single “Watching You” become the Number One Song of the Decade according to Country Aircheck, it’s been more than seven years since Take a Back Road, his last record of new material. But Atkins knew that this time, he wanted to bring his songs further than he had ever gone before.

“I’ve never taken it lightly,” he says, “but with some of the other albums, I got to take my time for part of the album. But then when you get that first single finished, you gotta go, and you start working at a faster pace for the second half of the album. This time, I got to take that time with every song.”

The results, he believes, are the most daring collection of his career, touching on emotions and sounds which continue to expand his range—from the twangy celebration of the album’s title track (featuring the roof-raising vocals of The Fisk Jubilee Singers) to the slow-burn cover of Jason Isbell’s “Cover Me Up.” And with six Number One singles, eight Top Five singles, and over 13 million units sold, Atkins sees that his track record validates his approach.

“As I was working on this album, we put out the Greatest Hits,” he says of his 2015 compilation album. “Country Aircheck amassed the most played artists of the decade, and I was the second-most-played male solo artist—but I hadn’t even released a single in five of those years. So that was really the justification for taking time to work on this record.

“To see that all those songs were still relevant,” he continues, “still fit in with what was happening musically, even if they were a decade old—that was a foundation to build up from and keep going.”

The songs on Caught Up in the Country date as far back as 2013, when Atkins started with “All My Friends Are Drunk” (an “anti-party party song,” he calls it). “As I worked on that, I started writing, and you sort of get an idea of what you’re looking for,” he says. “It starts defining itself, the picture you’re trying to build. So you ask yourself if you’re covering the gamut of how this whole body of work will make somebody feel. With an album, you’re building a house, not just trying to build a back porch.”

That same year, Atkins married singer Rose Falcon, a relationship that determined much of the music’s direction. “She just encouraged me on so many different levels,” he says. “I really fell back in love with singing, and she was so important to that. I remember we had a meeting with the label, and I’d written a song called ‘So Good,’ and they said ‘You’ve been successful at making a song sound like a hit, but I don’t know if people really know what you’re capable of.’ Just being vulnerable—the biggest impact Rose has had is just me putting myself out there.”

His new marriage was also an influence on the kind of material Atkins wanted to record. “I’d never sung a real love song,” he says. “Every love song I had done was actually about fighting or breaking up. So I knew I wanted to record a love song, but still be gritty and palpable—a love song from a guy has to have some testosterone.” In addition, Falcon’s vocals can be heard throughout the album, and features on the duets “Figure Out You (Riddle)” and “Everybody’s Got Something.”

Looking to add some different elements to the sound, Atkins and longtime collaborator Ted Hewitt brought in Blake Bollinger as a co-producer, and Bollinger offered up the song “Burn Something,” which became the album’s opening track. “That fit the profile of the kind of love song I was looking for,” says Atkins. “Not just blue skies and no bills, because that’s not what love is. A song like that motivates people to be in love—to work, dig, express themselves, and be vulnerable.”

Atkins started to think more about the sound of voices on his records with Take a Back Road. “We experimented with trying to capture a live background feel,” he says. “I had the singers do their parts at the same time on the same microphone, then switch sides and double their parts, and then do it again, to create a big chorus of real human voices with lots of texture. We wanted to do that on a lot of these songs, so the girls sang their big parts and then my wife came in and brought in the country.”

From “Young Man,” which continues a series of songs inspired by Atkins’ eldest son as he grows up, to “My Life,” the powerful story of Falcon’s beloved grandmother, Caught Up in the Country is made up of what Atkins calls “life songs, not just ditties.” Musically, the project demonstrates similar ambition, whether sampling the sound of Atkins kicking the front door of his truck and making that into a drum track, adding Midi guitar sounds emulating strings and piano on “So Good,” or even the remix of the title song by Dutch DJ Sam Feldt, which became a surprising viral hit.

“I’d get up at four in the morning and drive around back roads, listening to make sure sonically it was what I wanted,” says Atkins. “When you work on something this much, and you’re around it every day, I realized that if I get tired of working on a song, the odds are that people will get sick of listening to it.”

With a toddler at home and—as dramatically revealed in the lyric video for “My Life”—another baby on the way, Rodney Atkins is energized and driven, both personally and creatively, in entirely new ways. With Caught Up in the Country, one of country music’s biggest stars is starting his next chapter.

“I needed to try things, not limit myself to just sing the notes and get out of the way,” he says. “I wanted to really tell a story in the shape and the melody of these songs—there’s more diversity on this record than I’ve ever had before. And to really take time to figure out the nuances because ultimately, it’s a whole bunch of nuances that add up to make something special.”

Creating a sound that fuses modern Country and classic heartland rock with an edgy vocal blend, Wheelhouse Records’ LOCASH is the Country music duo made up of singer-songwriters Chris Lucas and Preston Brust; natives of Baltimore, Maryland, and Kokomo, Indiana, respectively.

With two albums and eight charting singles to their credit, LOCASH broke out in 2015 with their gracious GOLD-certified hit, “I Love This Life,” followed by the flirtatious GOLD-certified #1 smash, “I Know Somebody” – their first trip to the top of the Country radio airplay charts – and 2017’s fun-loving romantic anthem “Ring on Every Finger.” All three singles were part of their album, THE FIGHTERS, which was released in the summer of 2016 to Top 15 success.

In 2017, they earned their first round of awards show recognition, nominated at the ACM Awards for New Vocal Duo or Group of the Year, the CMT Music Awards for Duo Video of the Year (“I Know Somebody”), and the CMA Awards for Vocal Duo of the Year. The 2019 ACM and CMT “Duo of the Year” nominee released their latest album (and first with their new label BBR Music Group/BMG), Brothers on March 29, 2019 with their lead single, “Feels Like A Party” reaching Top 25. The twosome’s current single, “One Big Country Song” is Top 30 and climbing.