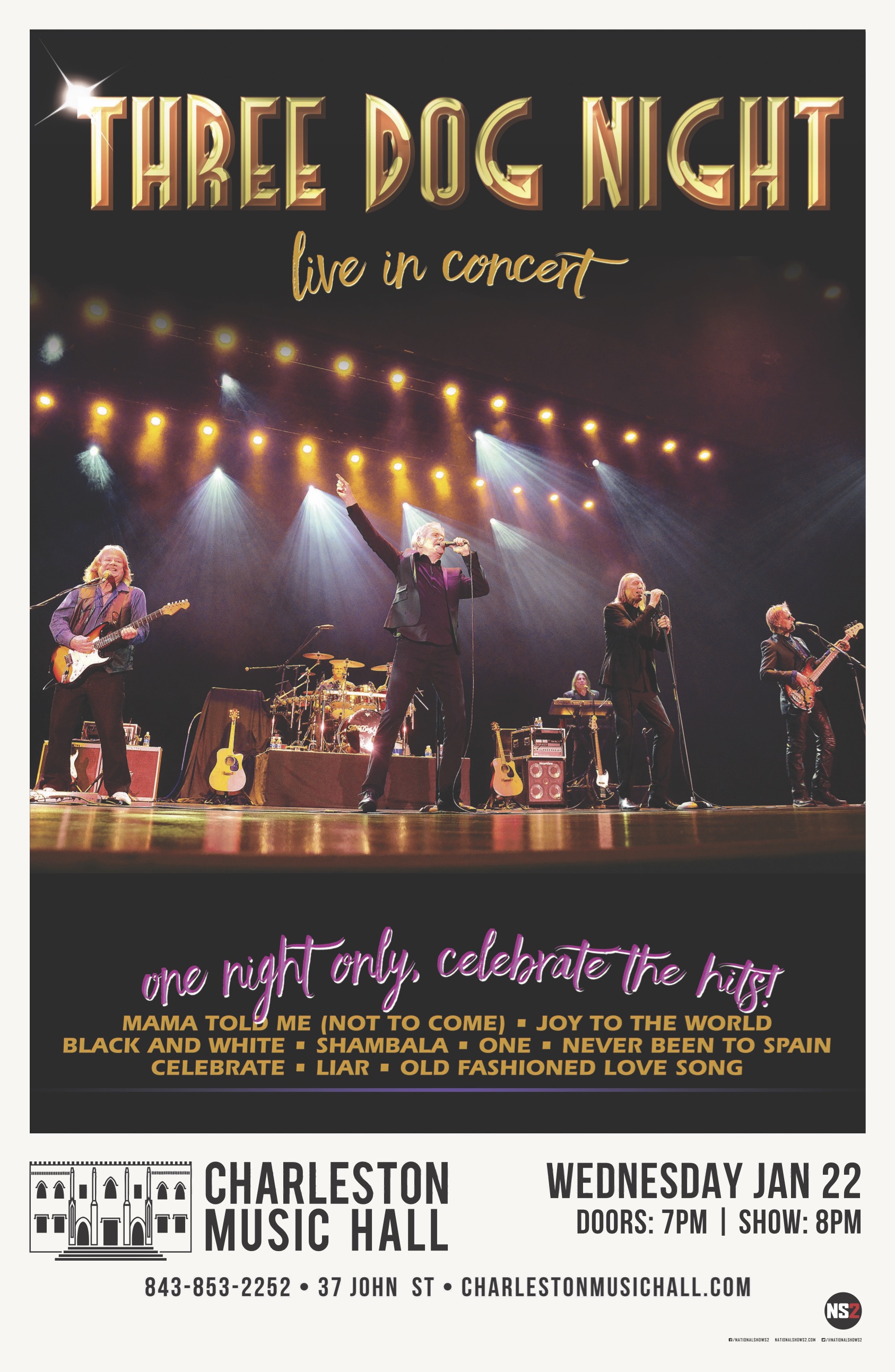 Patrons are encouraged to hang on to their original tickets as these will be honored for the new date.  We are sorry for any inconvenience this may cause and look forward to seeing you at the rescheduled date. Patrons who cannot make the new date can get a refund from their original point of purchase.

THREE DOG NIGHT hits wind through the fabric of pop culture today, whether on the radio where they are heard day in and day out, in TV commercials or in major motion pictures — songs like “Mama Told Me (Not To Come)”, “Joy to the World”, “Black and White”, “Shambala” and “One” serve to heighten our emotions and crystallize THREE DOG NIGHT’s continuing popularity.

This Grammy-nominated band is not content resting on its legacy alone. Always working to expand its audience, THREE DOG NIGHT has embraced and been embraced by 21st century music technology. New and existing fans buy THREE DOG NIGHT’s music on iTunes as well as at record stores. In fact, releases from this decade alone have sold well over a million copies.

Recently, THREE DOG NIGHT began adding new songs to its arsenal by releasing its first double-A sided single in nearly 25 years. The blistering performance of “Heart Of Blues” and the timely, beautiful a-cappella ballad “Prayer of the Children” are available online at iTunes, Amazon.com and other digital retailers as well as through the official band website (www.threedognight.com).

THREE DOG NIGHT also pushed boundaries by recording with the London Symphony Orchestra, giving fans new and old a chance to experience its dynamic performances of the hits as well as several new songs. The project, recorded at the famous Abbey Road studios in London and released to coincide with the band’s 35th Anniversary, added exciting new orchestral arrangements to THREE DOG NIGHT’s signature sound.

Boasting chart and sales records that are virtually unmatched in popular music, THREE DOG NIGHT had 21 consecutive Top 40 hits, including 3 #1 singles, 11 Top 10’s, 18 straight Top 20’s, 7 million-selling singles and 12 straight RIAA Certified Gold LPs. The hits appeared on best selling charts in all genres (pop, rock and country). Its records continue to sell around the world, reaching beyond the borders of the U.S. into Japan, Canada, Holland, England, Germany, Spain and elsewhere. Tens of millions of THREE DOG NIGHT records have been sold through the years.

THREE DOG NIGHT recorded the music of the best (and mostly undiscovered) new songwriters of that time including Harry Nilsson, Randy Newman, Elton John, Laura Nyro, Paul Williams and Hoyt Axton among many others. The group’s eclectic taste, combined with its ability to recognize and record hits in a unique, distinctive and appealing style, resulted in THREE DOG NIGHT dominating the charts for years.

Now, marking nearly 50 years on the road, THREE DOG NIGHT continues to grow its fan base by keeping up a full schedule of concerts at theatres, performing arts centers, fairs, festivals, corporate events, and casinos. Since 1986, the band has performed over 2,200 shows including two Super Bowls. 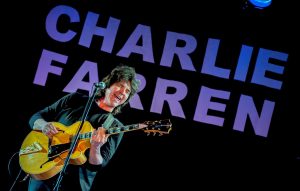 Farren​ burst onto the national scene in the early 80’s as lead singer of THE JOE PERRY PROJECT, teaming up with Aerosmith lead guitarist Joe Perry and releasing an acclaimed album on Columbia Records. ​Farren ​penned the Billboard charting classics “Listen To The Rock” and “East Coast, West Coast”, also co-writing four songs with Perry including the hit “I’ve Got The Rock ‘N’ Rolls Again”.

As lead singer & rhythm guitarist of The Joe Perry Project, ​Farren​ established himself as one of the hottest young singers to emerge from the Boston music scene. The Joe Perry Project sold out venues throughout the country and toured North America with artists such as Ozzy Osbourne, Heart, ZZ Top, Alice Cooper and Rush.

In 1986 ​Farren​ formed FARRENHEIT, releasing a self-titled debut album on Warner Brothers, produced by Keith Olsen. Three singles from that album, “Fool in Love”, “Bad Habit”, & “Lost in Loveland”, as well as video exposure on MTV, established FARRENHEIT as one of the premier new rock acts. FARRENHEIT landed the coveted opening slot on the 75 date BOSTON ‘Third Stage Tour’ – sold out from coast to coast, and performed at the 1987 “Texxas Jam” to a sold out crowd of 85,000 people at the Cotton Bowl in Dallas.

Now working on what will be his 17th release, ​Farren​ has been described as contagious, displaying a candor rarely demonstrated by former arena rock stars. “It’s clear he has not lost the ability to captivate a room full of people no matter what the size,” writes Tom Dempsey of SoundCheck magazine. His live solo performances remain the perfect forum for his remarkable talents. ​Charlie​ ​Farren​ continues to be one of America’s most original and compelling musical artists. He takes the stage alone – and leaves the stage with a roomful of new believers.