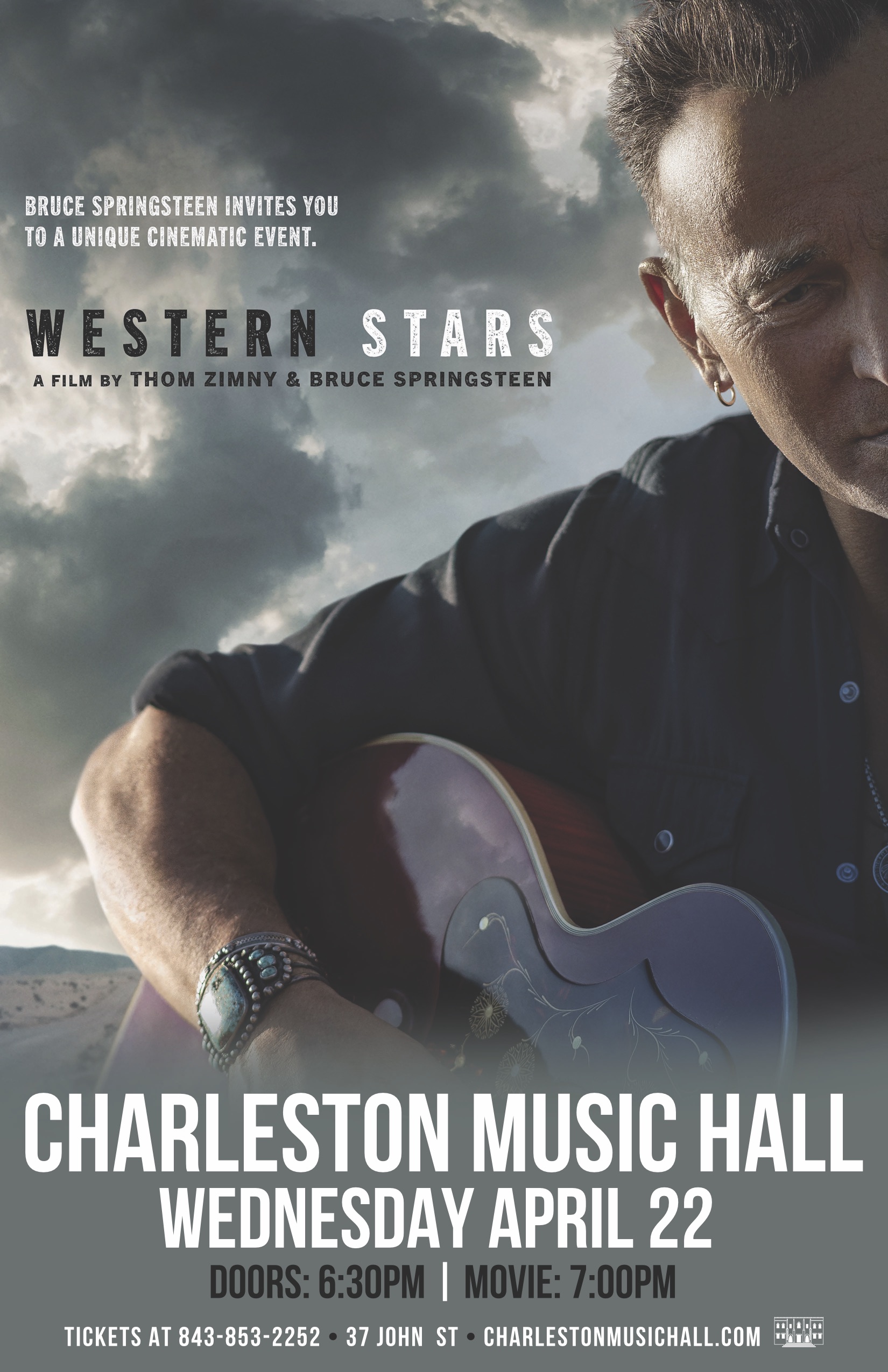 The incomparable Bruce Springsteen performs his critically acclaimed latest album and muses on life, rock, and the American dream, in this intimate and personal concert film co-directed by Thom Zimny and Springsteen himself.

Bruce Springsteen’s Western Stars album, released this summer, contains some of his “most beguiling work ever,” in the words of Rolling Stone. He’s trying new things musically, recording with a 30-piece orchestra and drawing inspiration from country ballads. The album begs to be heard through cinema speakers for its lush arrangements and storytelling. Even the characters in these songs belong to the movies. (“Once I was shot by John Wayne,” boasts the B actor in the title track.)

Springsteen has only performed the album live once — for a private audience at his farmhouse — and this documentary captures that experience. Standing at centre stage, he’s flanked by an orchestra and his wife, Patti Scialfa. The archetypal character in these songs is a loner seeking redemption in love. In his memoir, Springsteen describes himself in similar terms, with Scialfa as his redeemer. Between songs, he reflects with a poetic rumination that expands on the themes of his Broadway show, “Springsteen on Broadway,” describing the oppositional pulls of American life between the transient and the communal. One tug is to hit the road; the other is to build a family. After 19 studio albums, he says, “I’m still writing about cars.”

This is the first full-length film to carry Springsteen’s name as director — partnered with his long-time collaborator Thom Zimny. As he turns 70 this fall, Springsteen never stops trying to expand himself artistically. His instincts are unfailing — all the way down to the surprise cover song slipped in at the end.